We had a fabulous class with the fabulous teens of the The Boston Project Ministries Summer Program! As predicted, they loved the green fruit smoothies. I think they surprised themselves with the raw kale though. Instead of doing a savory kale with light culinary coconut milk, I decided to do kale chips and it was a great choice for them.

They learned about de-stemming the kale as well as “massaging” it to get it tender. For one bag of triple-washed kale, we used only 1 tablespoon of lemon juice (in place of oil some typically use for this) to massage in the kale. Then we added onion powder, nutritional yeast, and a few sprays of Braggs Liquid Amino Acid. Before adding anything, they all tasted the kale raw and plain. They were all surprised that it tasted “salty” and asked if there was salt added. I explained that it was just plain kale and reminded them how we talked about salty and hardy greens. Even though kale is a hardy green, it still is naturally “salty.” They were surprised that they actually liked it! One student was very surprised that he preferred the prepared kale as a salad better than the baked kale chips. I told him how I sometimes prepare it that way and we just eat it as a salad instead of baking it.

We learned some interesting facts from the “A Taste Of African Heritage” (ATOAH) curriculum about different kinds of greens that we had not heard about. For instance, kontomire is a green used in stews in Ghana, West Africa and sukuma wiki is a popular green in Kenya, East Africa. We looked at a large map that I have of the African continent to find the two countries.

We also talked about the tradition of enslaved African peoples of using the liquid of boiled greens made for their enslavers as the base of soups and sauces and how that liquid was and is called “pot liquor” or “potlikker.” This African tradition of using the “potlikker” and getting all the nutrients boiled down from the greens continues today with peoples of the African diaspora and others who have adapted it.

Finally, we discussed what community means to us and the benefits of eating with family and as part of a community. We have a lot of work to do in restoring this and I hope I planted some seeds about that today. I told the students that we will have to have a special lesson where we all sit and have a complete meal together even if it is after the program because that is one component that seems to be missing for the most part based on our discussions today.

Next week’s lesson is on whole grains. I’m looking forward to discussion grains, other than just whole grain rice, such as millet, sorghum, teff, fonio, quinoa (technically a seed), and couscous (made from millet or wheat). We will be making a banana millet breakfast porridge! We will work more with grains during lesson 5 when we make rice and beans. We adapted every recipe to be SOS-free (salt, oil, and sugar free) and used whole fat sources or other liquids in place of oil.

As with last week, the students with their leader will make one of the dishes for the younger students of the program on Thursday and they may attempt both the smoothies and the kale chips this week. Last week they made the sunflower sour cream and told me it was a hit with the younger students who ate the dip with the raw carrots and sweet peppers I suggested pairing with it. Many asked for seconds!

Did my morning run and now prepping for the A Taste Of African Heritage Cooking class with the teens in my neighborhood. Today’s lesson is on Greens and the various types eaten across the African Diaspora. They already told me last week they’re excited for the green fruit smoothies. We’re going to prep some kale for kale chips too and if there’s time make steamed greens with light culinary coconut milk (if not, we’ll freeze the rest of the greens and cook them up for another lesson). Not seen are the perishable plant-based milks, greens, and frozen blueberries, strawberries, and tropical fruits. 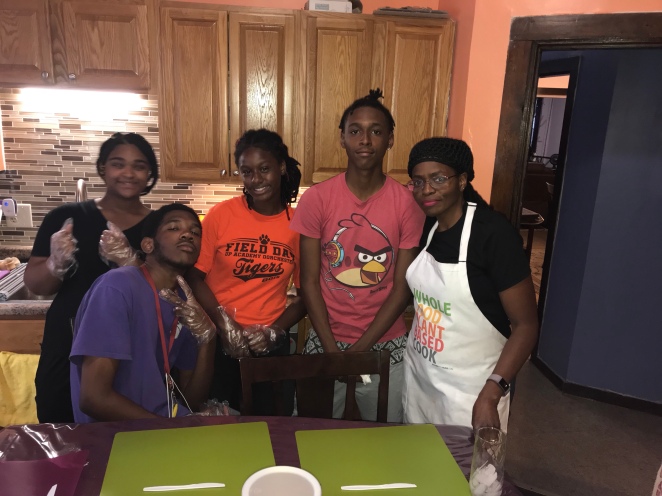 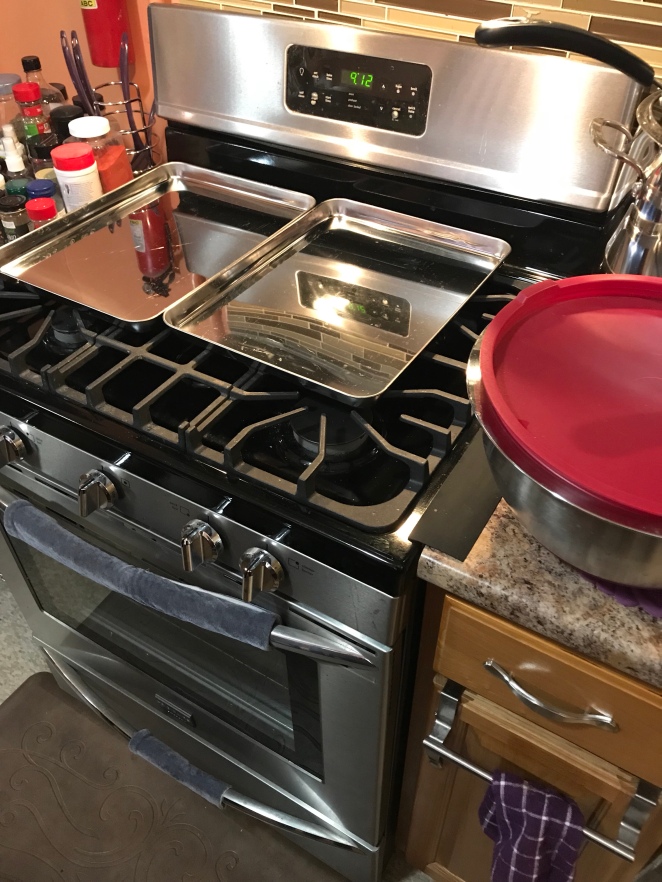 “We know that people who live in the so-called Blue Zones have a longer life expectancy and experience more joy not only because they consume a mostly plant-centered diet with lots of fruits and vegetables, but also because they tend to live closely with family and have close-knit communities…This is merely an article to help us think outside the box and continue to meet our need for human connections in this age of pandemics.”